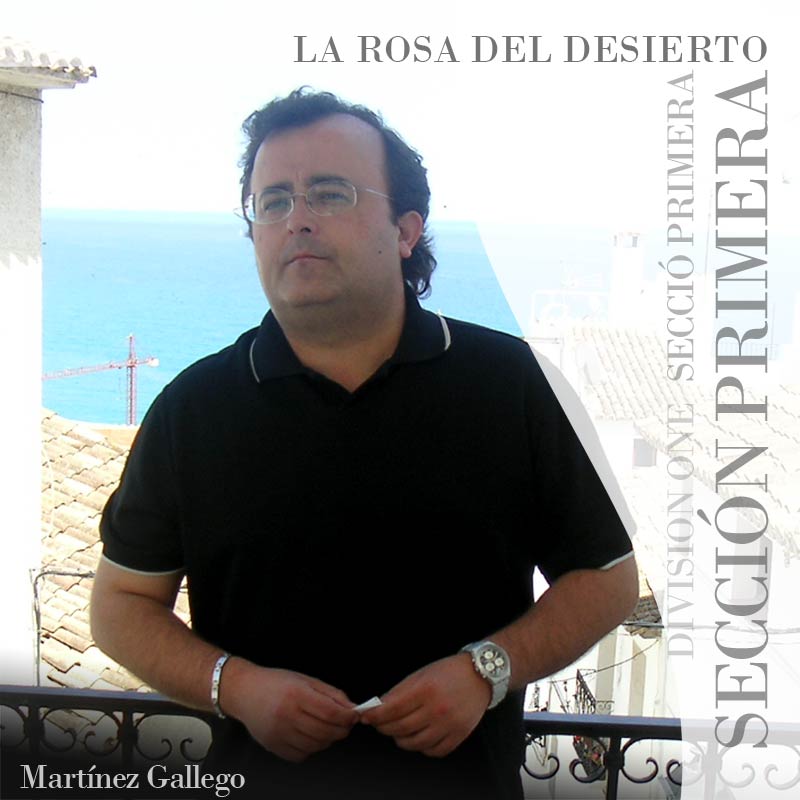 The groups participating in the Section One of the International Music Band Contest «Ciudad de Valencia» 2019 will have to interpret the “La Rosa del Desierto” score by composer Francisco José Martínez Gallego as a mandatory work.

Native of San Antonio de Requena (Valencia). He began his musical studies at S.M. «La Armónica» of San Antonio, later moving on to the Conservatories of Murcia, Torrente and Valencia, where he earned an advanced degree in Clarinet Performance.

In the field of musical composition, he would further his education under jazz composer Daniel Flors, Miguel Ángel Matéu and Teo Aparicio Barberán.

In 2014 he travelled to the U.S. where he recorded his Sinfonia nº. 1 «Kaprekar» with the Illinois State University Wind Symphony for the Naxos record label.

«La Rosa de Desierto» follows «El Agua Prodigiosa» in the trilogy that the composer dedicated to Johan and Pirluit, two characters from the Middle Ages created and drawn by comic book artist Pierre Culliford, a.k.a. «Peyo». The relative obscurity of these two characters is undeserved, as it was this comic book which introduced those little blue and white characters known as the Smurfs.

In this story, Johan and Pirluit get caught up in battles, celebrations, robberies, desert treks, and other episodes, finally rescuing a beautiful princess, the daughter of the Islamic Emir, who had given the Emir’s warrior a metal rose as a gift.

The score makes use of an eclectic idea to describe each situation, mixing different languages and styles ranging from modal passages of all kinds to atonal passages.

This piece shall serve to pay tribute to these two likeable characters, forgotten by some and unknown by the majority.