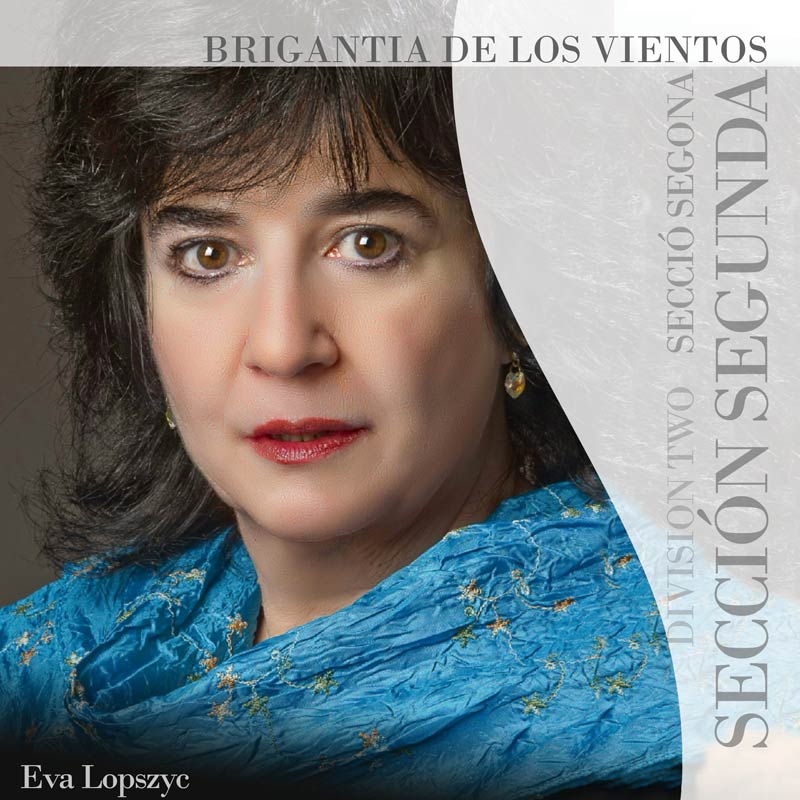 The groups participating in the Section Two of the International Music Band Contest «Ciudad de Valencia» 2019 will have to interpret the “Brigantia de Los Vientos” score by composer Eva Irene Lopszyc as a mandatory work.

Eva Irene Lopszyc was born in Buenos Aires, Argentina. She is a graduate of the Conservatorio Superior de Música Manuel de Falla (CSMMF) in Piano, Composition and Orchestral Conducting. She began studying music with her mother, the pianist Tatiana Vaistij Lopszyc, and was subsequently taught by Elsa Piaggio de Tarelli, Charles Dobler, and Ángel Lasala, and formed a piano duo with her sister, Diana.

Her works have been published by Sillabe and DeSantis Publications.

She has also recorded several CDs, including one titled Música Contemporánea.

She was the President of the Argentinian Women Composers Forum from 2009 to 2013.

She is an MMP Peace Ambassador, a member of WASBE, Donne Women in Music and the Brontë Society.

BRIGANTIA,
Goddess of sacred land and the creative fire in Celtic mythology. Source of victory and energy.
Green is her joyous cry when summer commences. She is the Earth in full bloom and the power of the new moon.
In her, everything is done in perfect balance, all elements are combined to create that pivotal moment of the year where all is growth, all is fertility.
BRIGANTIA, is the creative fire of life. Hers is the fire that forges.
BRIGANTIA blesses all those who follow her creativity.

Brigantia de los Vientos is a one-movement piece, with contrasting magic images which have been translated into sounds and colours that appear one after the other, to form a description of the Goddess.

Brigantia is a triple goddess, 3 together as one, and this triplicity is conveyed through the score’s dynamic indications, which suggest an ongoing discourse within the work.

Brigantia is a fire divinity, her fire is three-fold: a healing, a founding/forging and the spark of inspiration. This is the fire of inspiration revealed through music and the word, forging the fortitude of warriors to help them to overcome adversity, heal wounds and also to find that lost spark in our own body and soul.

This mixture of magic and ritual, of peace and burning fires which rise up to form whirlwinds up into the infinite have been turned into sound, that which is expressed by the piece through its constituent elements.