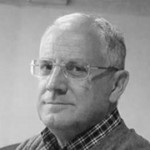 José Alamá-Gil was born in Llíria (Valencia). He completed his studies at the “Joaquín Rodrigo” Superior Conservatory of Music in Valencia, where he was awarded a First Class Honors Degree and the Mercedes Massi Prize for the best academic record in his graduating class.

He is the composer of the signature tune for RADIO AUTONOMÍA VALENCIANA RADIO 9 and the album DOLÇAINA, VENT DE LLEVANT, 1st Edition, released on the label Radio 9 Música. He has also composed numerous popular and chamber music pieces, transcriptions and arrangements for instrumental groups as well as:

“1.238, MUSICA PARA UNA CELEBRACIÓN”, a commission for the 750th anniversary of the entry of King Jaime I into the city of Bétera.

“CERIMONIAL PER A UNA REGINA”.

“ASPECTES”, the compulsory piece for the CIBM 199.

“NOVA VALENCIA”, commissioned for the CIBM 2008.

“RADIOVARIACIONES”, symphonic variations on a Radio 9 jingle to commemorate the 10th anniversary of RTVV.

“MOMENTS”, commissioned by the IVM [Valencian Music Institute] for the 21st Contest for Wind Bands from the Valencia Region.

“BICROMÍA” (trumpet quintet and percussion), commissioned by the IHS for the 36th INTERNATIONAL HORN SYMPOSIUM 2004.

He has won the “VILLA DE MADRID 2004 PRIZE” and the 5th Edition of the International Composition Contest “Isla de la Gomera”. He is a member of the SGAE and COSICOVA. His compositions are published internationally by PILES, TOT PER L’AIRE, BROTONS-MERCADAL and MOLENAAR. He currently divides his time between composing and teaching the Valencia Municipal Wind Band.

This monothematic composition is based on a unit of six sounds which rotate constantly in a melody whose beginning and end are repeatedly renewed, continually opening paths to new approaches during the three movements of the work, acting through diverse and varied compositional resources to capture the intention the composer wishes to communicate in the movements and reflect the different states of energy, indecision and elation which appear in the title of each of them. In I- Effusiveness, care, tenderness, affection and kindness emerge; in II – Hesitation, there is doubt, vacillation, uncertainty and dilemma; and in III – Euphoria, these sounds suggest optimism, energy and enthusiasm, without diminishing nor limiting the creativity and imagination of the performer before the score as an authentic medium for the transmission of the emotions or ideas they experience and receive from their entry into the piece.