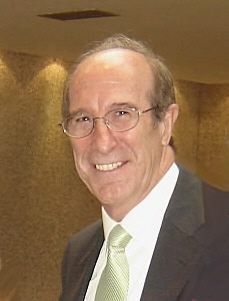 José Susi López is one the most prolific contemporary Spanish composers of music for symphonic band, dedicating many of his works to “Spanish nationalist music”.

His background in is jazz, to which he dedicated a large part of his artistic career, creating and conducting numerous arrangements for CD, TV, and live shows for orchestral groups.

He went on to studied counterpoint, fugue, composing and orchestra conducting in the RCSMM. In the last twenty-five years he has composed more than a hundred works, many of them award-winning, and the majority of which have been premiered in Spain or abroad, performed by renowned instrumentalists and ensembles.

His prizes include the A.S.E. Composition Competition Prize; the “Maestro Villa” Music Prize from the Madrid City Council in 1992, 1994, 1997 and 2003 (he is the only composer to receive the prize four times); and the “Virgen de la Almudena” Composition Prize.

Through public examination he gained the post of Artistic and Technical Director of the National Police Force Symphonic Band of the Spanish Ministry of the Interior. For his performance in this role he was awarded: the “Police Merit Cross with White Distinction”; the “Cross with White Distinction” of the Civil Guard Order of Merit; the “Gold Insignia” of the Miguel Ángel Colmenero Foundation; and the National Police Force “Police Merit Cross with Red Distinction”. He was also named a “Favourite Son” of Matos, his home town.

The Valencia City Council commissioned him to compose the obligatory piece for the Honorary Section in the International Wind Band Contest “City of Valencia” 2004.

Composed between December 2007 and January 2008, this work is set in my Andalucian homeland, where I spent my childhood and adolescence. It is not a descriptive work, although I have tried to capture the ambience of this beautiful region.

With the first movement, “Aromas de Sevilla”, I wanted to combine various airs from this wonderful city. It starts with a Spanish Phrygian scale of 8 sounds in the bass and incorporates new instruments in the same air before moving onto some typical “sevillanas” sung by the piccolo and the cors anglais. Another small melody is taken up by the oboe, accompanied by rhythmic notes from the brass and later by tutti; another melody by the flugelhorn is accompanied by a drum and percussion rhythm, moving to a recitativo by the soprano saxophone which leads to the da capo, finishing with the sevillanas from the beginning.

The second movement is a “Dance” in 3/8 with many rhythmic breaks and with various solo performances by the oboe, clarinet, bass clarinet, piccolo, cor anglais and brass.

The third movement contains some “Bulerías” and is an adaptation of the Third Movement, “En la lumbre”, of my “Sonata Flamenca” (op. 74) for Alto Saxophone and Piano. A piece which, although I do not depart completely from our Phrygian scale, is treated in a very jazzy style, in terms of its rhythm, melody and harmony.