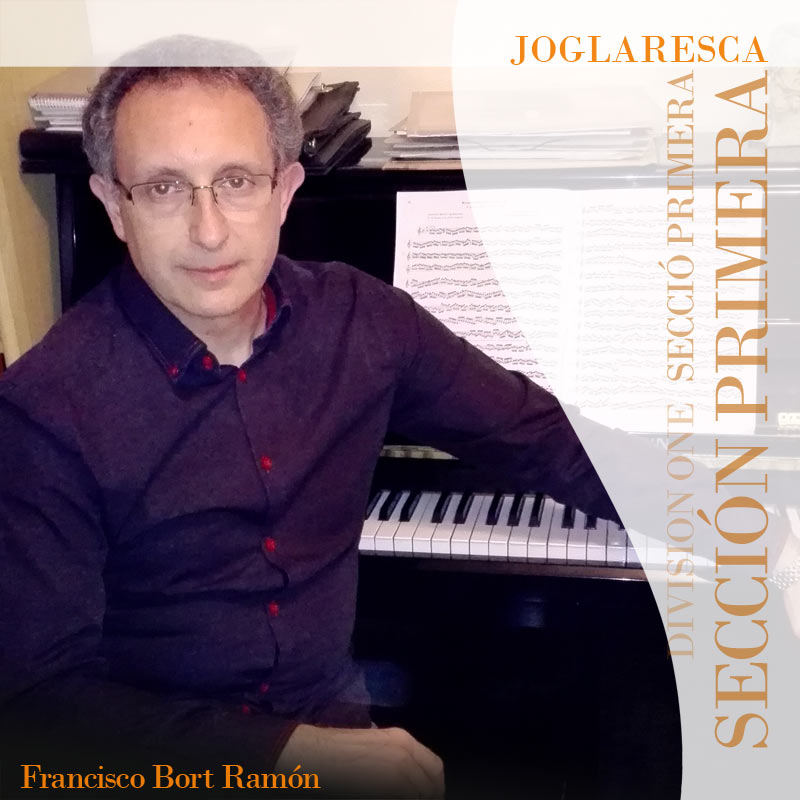 The groups participating in the Section One of the International Music Band Contest «Ciudad de Valencia» 2018 will have to interpret the «Joglaresca» score by composer Francisco Bort Ramón as a mandatory work.

A saxophonist and composer, Francisco A. Bort Ramón was born in Catarroja (Valencia) and studied at the Valencia Superior Conservatory of Music. He has been a member of the Valencia Municipal Wind Band since April 1987, a post he gained though public examinations, and is currently the Band’s alto saxophone soloist.

He has composed more than twenty works from chamber music to symphonic pieces. He won the 2007 «Maestro Villa» wind band music composition prize in Madrid with his work «Variacions Iròniques».

Some of his symphonic compositions («Llegendes», «Ocurrències», «Variacions Iròniques», «Divertiment», «Des de 1903») have been compulsory pieces in wind band contests such as the Valencia CIBM, the Valencia Provincial Contest and the Vila de Catarroja Contest.

This work is inspired by the different experiences of a troupe of travelling players in medieval times. Conceived as a single piece, this composition is divided into seven episodes (or parts), each of which gives us a glimpse of the environment in which these roaming artists worked. Each episode is introduced by a short explanation of the score, and all of them are easy to recognize, thanks to the contrasts between them, when listening to the work:

The work is dedicated to Teresa Marí, the composer’s wife, and was premiered by the Valencia Municipal Wind Band led by their conductor, Fernando Bonete, in the city’s Palau de la Música on 27 May 2012.